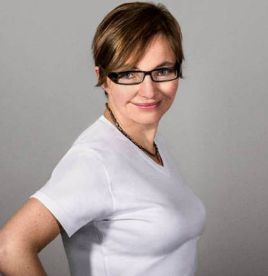 I just finished reading Twice in a Lifetime  by Clare Lydon , and I have had the opportunity to interview the author about it!

Who or what inspired you to start writing?

The first lesbian series I ever read was Alison Bechdel’s comic strip Dykes To Watch Out For. It was so brilliantly written, and I always wanted to emulate her but purely in words – I’m no graphic artist! I then read Georgia Beers’ books and realized there was a whole world of lesbian romance out there – but most of it American. So I thought I’d write lesbian romances set in the UK to balance things up!

Which of your books was your favorite to write?

It’s normally the last one I’ve written, so I’d have to say Twice In A Lifetime. Writing that book also reminds me of the fabulous time I had in Chicago last year where the idea for the book was born, so it still makes me smile. I also have a soft spot for Nothing To Lose, because that was based on a true story and reading some of the accounts of the flooding that occurred and the community spirit that came out of it was humbling. I put my heart and soul into that book and readers seem to love it.

Who is your favorite character from your books and why?

I love Jess from London Calling because she was my original heroine, and it’s been great to see her grow up in the following London books. I’m just finishing book four in the series – The London Of Us – and there will be another following that, too.

Where is your favorite place to write?

It always used to be my office, but about nine months ago, our neighbor decided to excavate their basement and it meant our house was shaking every day for about six weeks. It made me feel sick, so I started writing in a coffee shop down the road from me – and now I can’t write anywhere else! The good thing is the coffee shop is a 25-minute walk along the river, so it gets my steps up, too. It’s a win-win!

What is your writing process?

I wrote my first three books – London Calling, This London Love and The Long Weekend – by the seat of my pants. I had no idea what the story was, I just wrote. However, since All I Want For Christmas, I have become a plotter. I work out the theme of the book, I work out story and character arcs, and then I plot scene by scene, so that when I sit down to write, I know exactly what I am going to do. This has super-charged my writing speed! Once I have the story done, it goes through a story editor and a copy editor, as well as early readers to check everything works and makes sense.

How did publishing your first book change your process of writing?

I learned a lot doing it the first time, and my second book took half the time it took to write book one. For my third book, I wrote it in five months, and now my process from day one to publishing is around four months. This year, I’d like to speed that up a little more!

What was the best money you ever spent as a writer?

Scrivener is an invaluable writing software and only costs about £40. It’s definitely the best money I ever spent. I also love buying nice pens. I don’t write stories with them, but I love looking at them while I type – they’re inspiring!

What is something memorable you have heard from your readers/fans?

I heard from one reader that my books helped a suicidal teen realizes she wasn’t alone and after reading it, her mum read it too and it brought the family together. She’s now got a girlfriend and has gone to her first pride. That brought a tear to my eye. I also recently had a mail from a man whose daughter came out, and he wanted to read some lesbian fiction to know lesbians could have happy endings too – and he’s now a fan of mine. I also love hearing from readers just telling me that my books have cheered them up or touched their week – it’s why I write!

What book that you have read has most influenced your life?

I loved Oranges Are Not The Only Fruit – what a first book that was. But while I admire Jeanette Winterson’s writing, it’s authors like Judy Blume and JoJo Moyes I want to emulate. I loved Judy Blume’s recent In The Unlikely Event, and JoJo Moyes’ The Last Letter To My Lover was spell-binding. And if you haven’t read And Playing The Role Of Myself by KE Lane, it’s one of the best lesfic novels ever written.

How do you take your coffee?